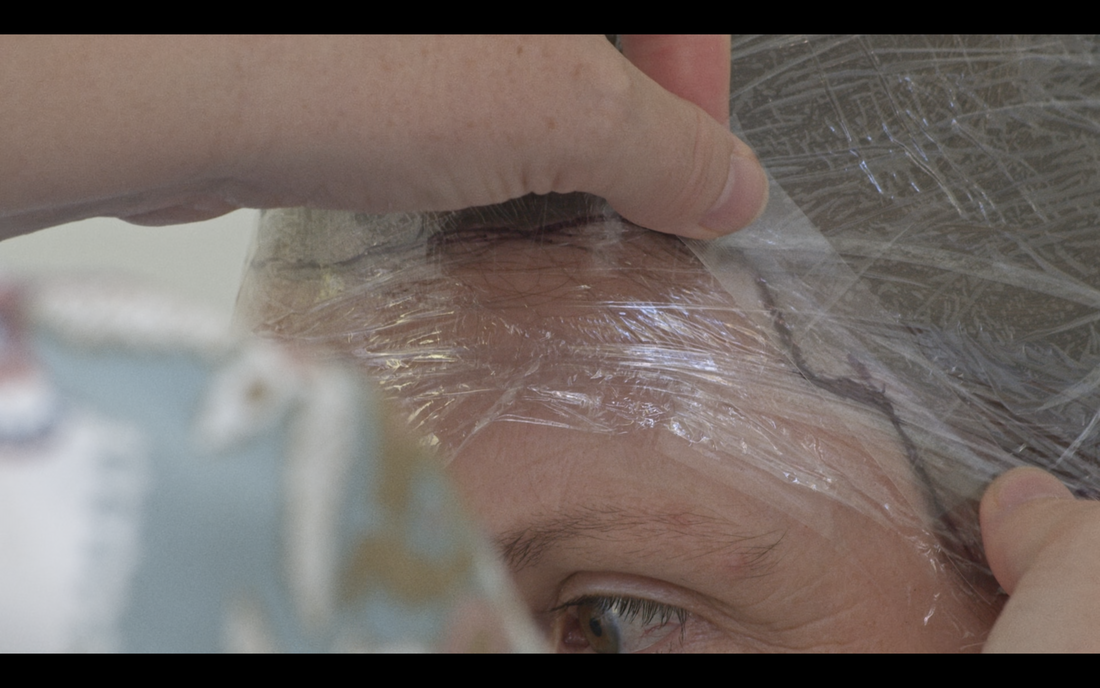 Mum! Mum! 2023, Film still, 05'30"
Mum! Mum! is a short film commissioned for Exeter Phoenix's Film Festival in 2023, about doubling, masking and rehearsing, through the language and techniques used by wigmakers. Taking The Mother as Stunt Performer as an identity, the film documents Louise Davies making an impression of my head using cling film, celotape, eyebrow pencil and marker pen, which she then uses to shape a headblock so that a bespoke wig can be made. Mum! Mum! presents both women as sculptors whilst the title alludes to their roles as mothers.

The soundtrack is performed by local musician, singer and mother Sophie Newman, who recorded herself whilst her youngest was watching television, capturing the tentative exercise of finding her voice and rhythm again after a long period distanced from those skills. 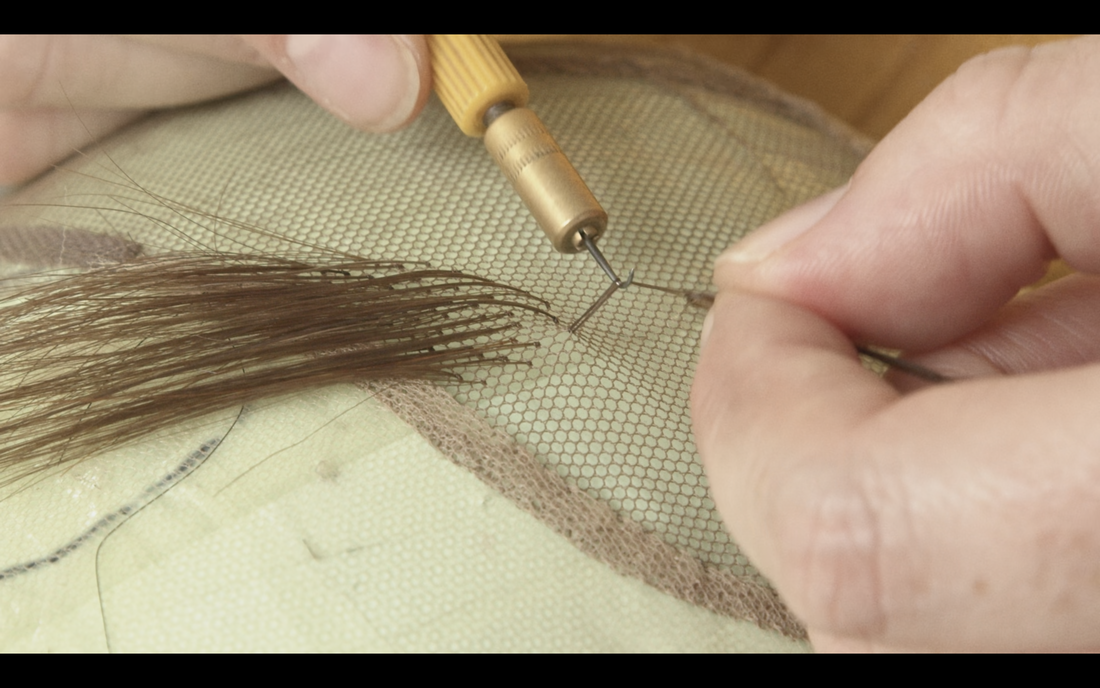 Where Play Orbit consisted of ‘toys, games and playables [produced] by people not professionally involved with the design of playthings, but who work in the field of visual arts’, tibrO yalP centred around play, but play of all kinds; play as a political tool, in opposition to ‘work’, play where it is not viewed instrumentally as an early-years vehicle to learning that we’re encouraged to eventually set aside.
Extract from press release tibrO yalP, 2022 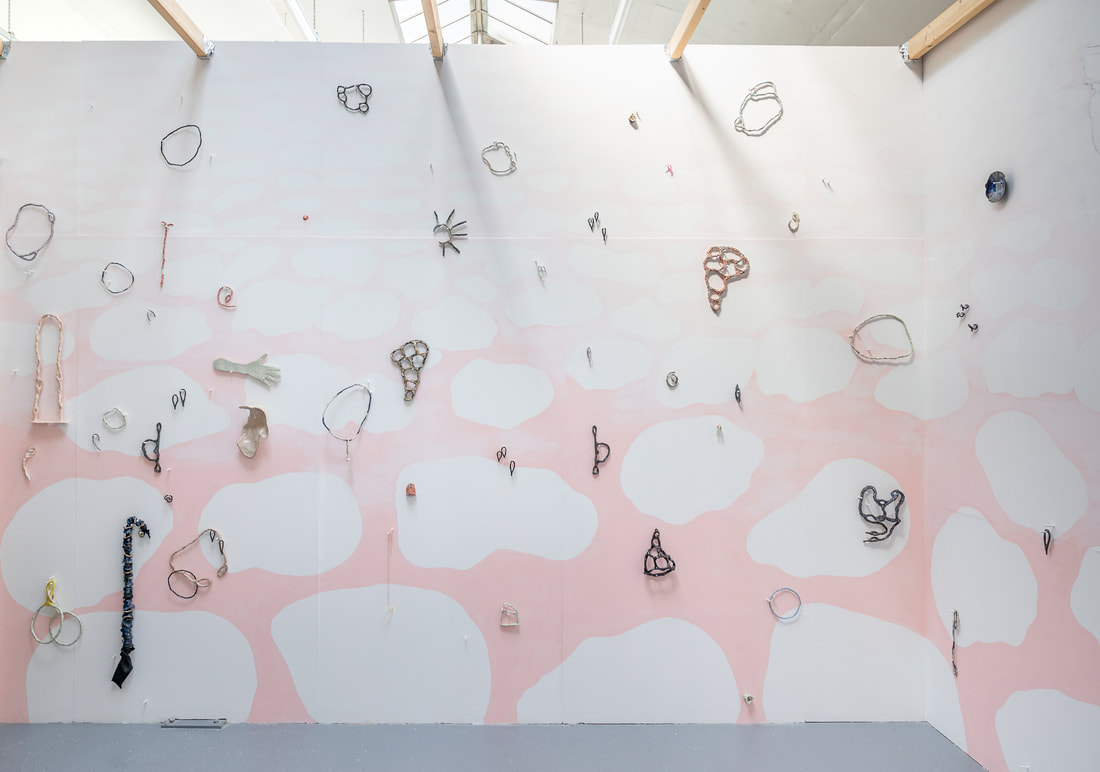 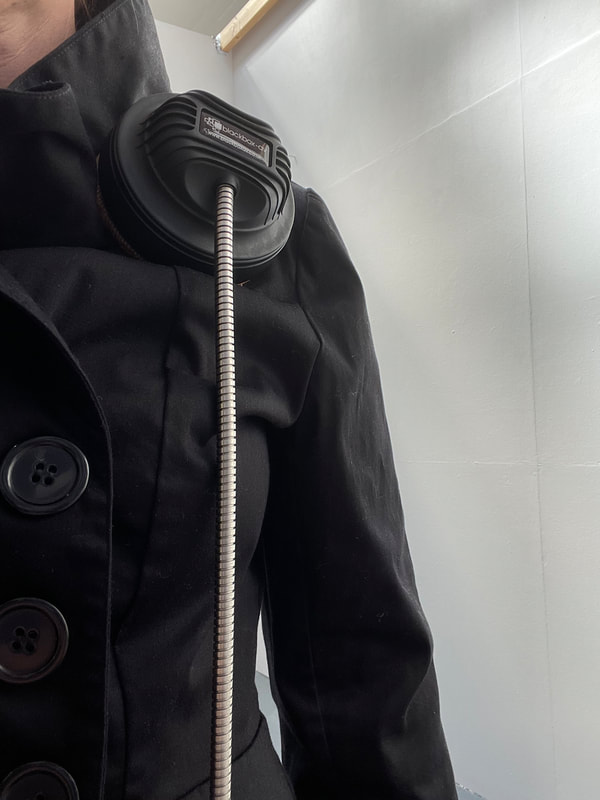 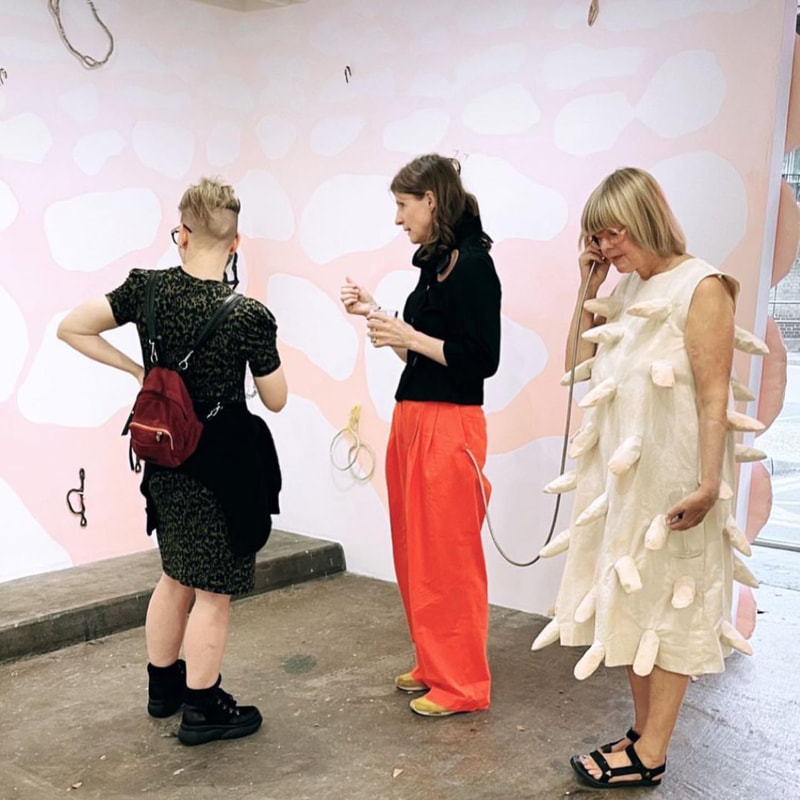 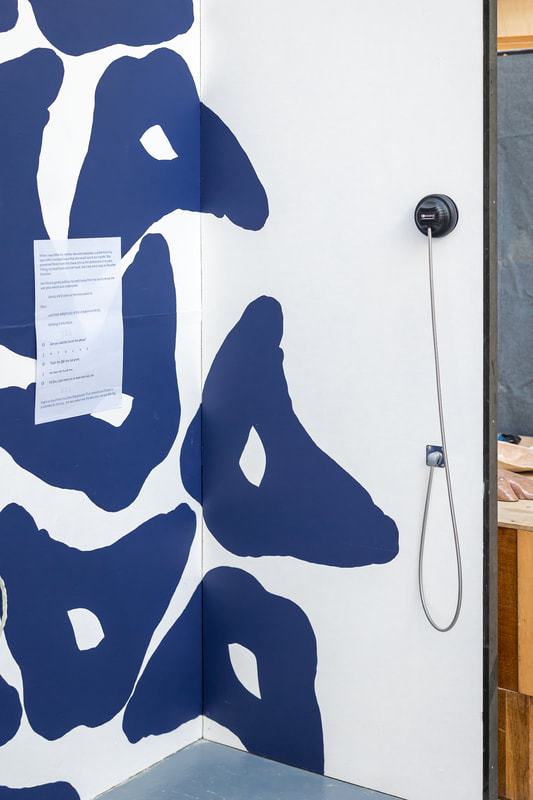 Notes from the margin, (details), mixed media with audio, dimensions variable, 2022
Left: For Blush, ASC Gallery, the headphone speaker was incorporated into the artist’s jacket.
Centre: Sandra Lane in her own performance costume listens to audio whilst Natasha MacVoy speaks to a viewer, Blush, ASC Gallery, 2022
Right: Spike Island Open Studios, 2022, where the headphone was installed on the opposite wall next to a repeating painted pattern of my cross legged seat, with a poster extract from H   Eye   Jay   K, 2022 (see WORDS) 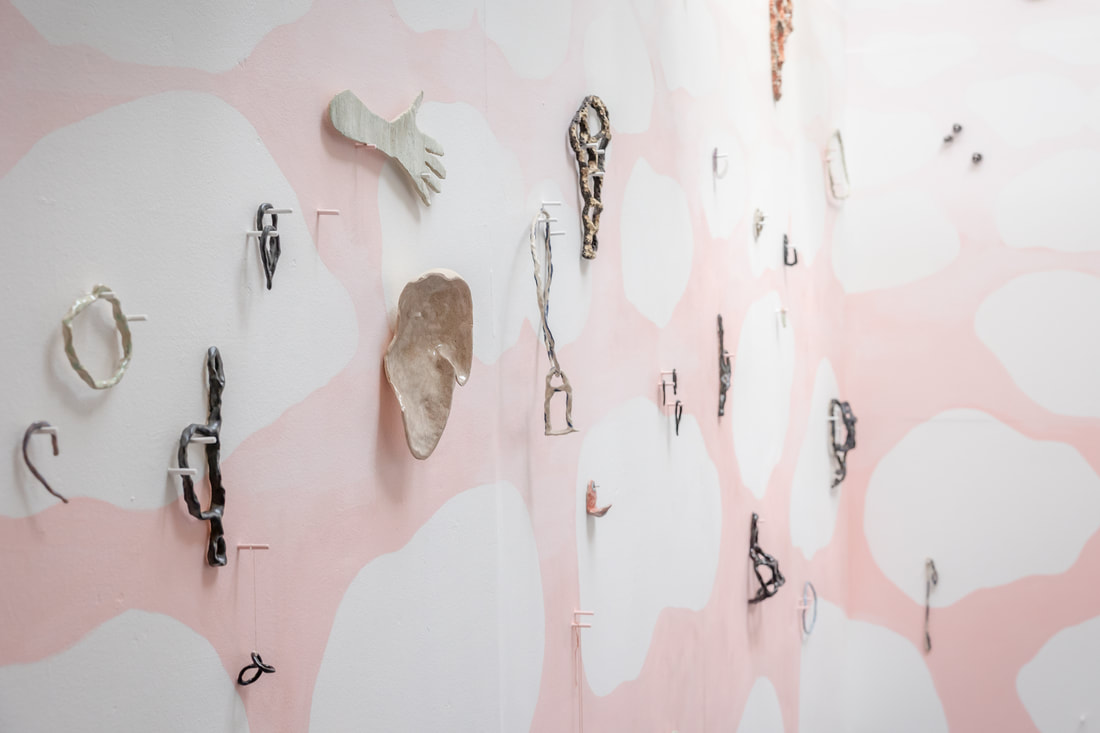 Some Times, made with my 11-year-old twins who prefer not to be named, two monitors showing films on loop, 2021, for My Kid Could've Done That, Group Show, The Andrew Brownswood Gallery, Bath, 2021
Right monitor: A blue sky with white clouds passing (34'00") over which a text (8’34”) repeats. This work is silent, with two lines of text telling a personal account of co-learning and collaboration (Film available here: https://vimeo.com/672319866)
Left monitor with headphones: A Minecraft build tutorial shows a castle turret emerging over 48mins, with a child’s voice explaining their intentions, progress, materials and inspiration (construction of this work completely self-taught). (Film available here: https://vimeo.com/689940564) 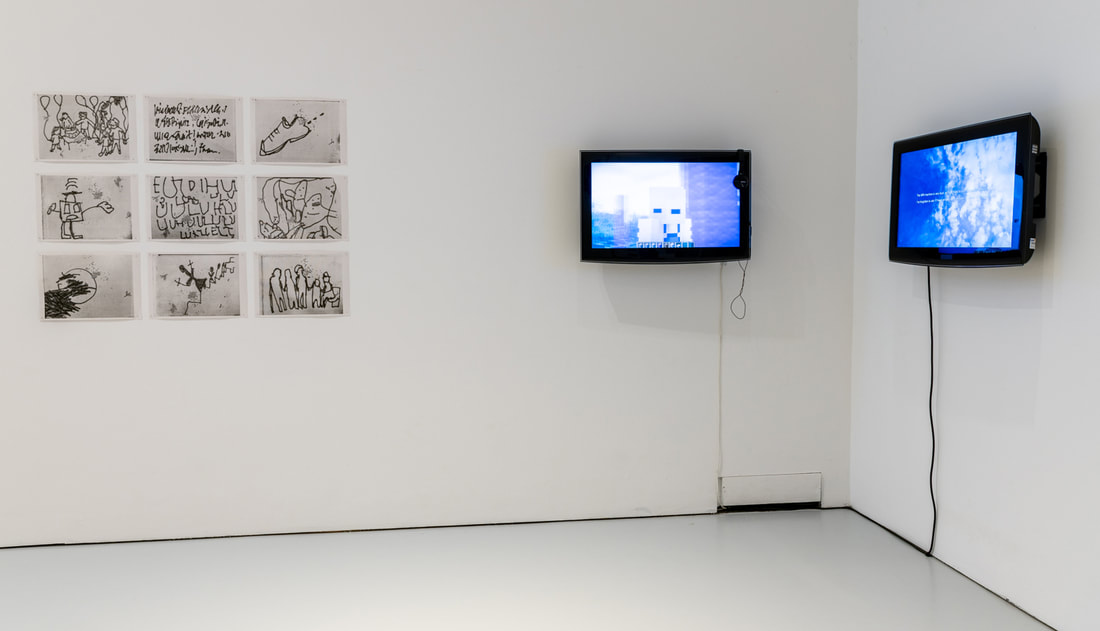 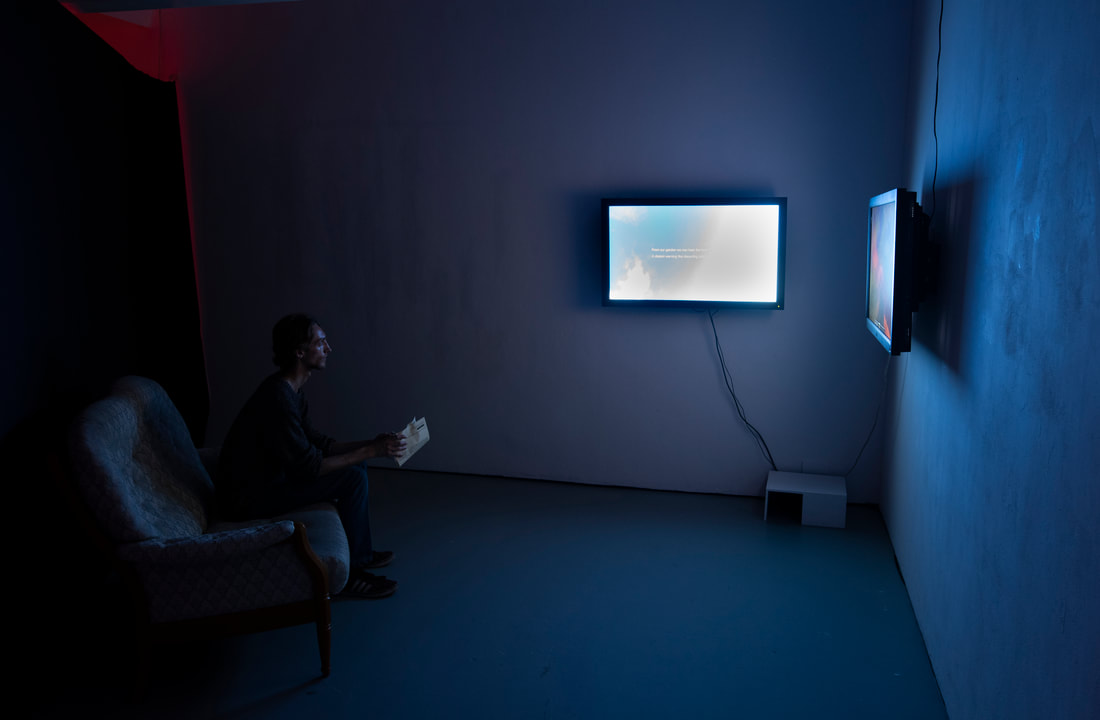 Some Times, two monitors and speaker, OUTPOST Members’ Show, Selected and curated by Amartey Golding, OUTPOST Gallery, Norwich, 2022
Photograph by Sean Hancock
The child’s voiceover was the soundscape for the exhibition allowing viewers to engage in a more relaxed way. 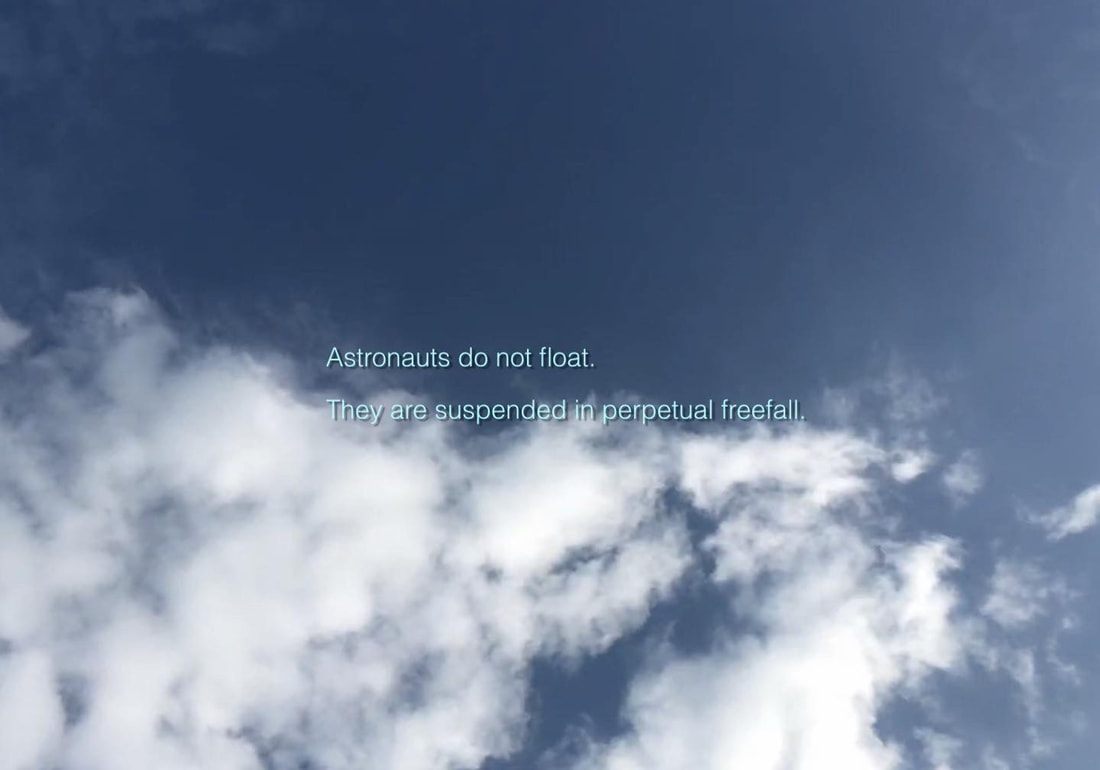 The message is on the back, A5 postcards sent by post with individual pieces of text written by the artist, Recycled paper and pen, 2022
The image was taken from Some Times, 2021 and postcards were available throughout OUTPOST Members’ Show, OUTPOST Gallery, Norwich, 2022
100 postcards were sent free of charge to Shetland, Plymouth, London, Cardiff, Norwich and everywhere in between.
Decade, 2022, Hazel twigs stripped of their bark to the height of the artist’s twins on their 10th birthday, held in place by a pair of ceramic hands, Spike Island Open Studios, Bristol
Photographs by Dan Weill 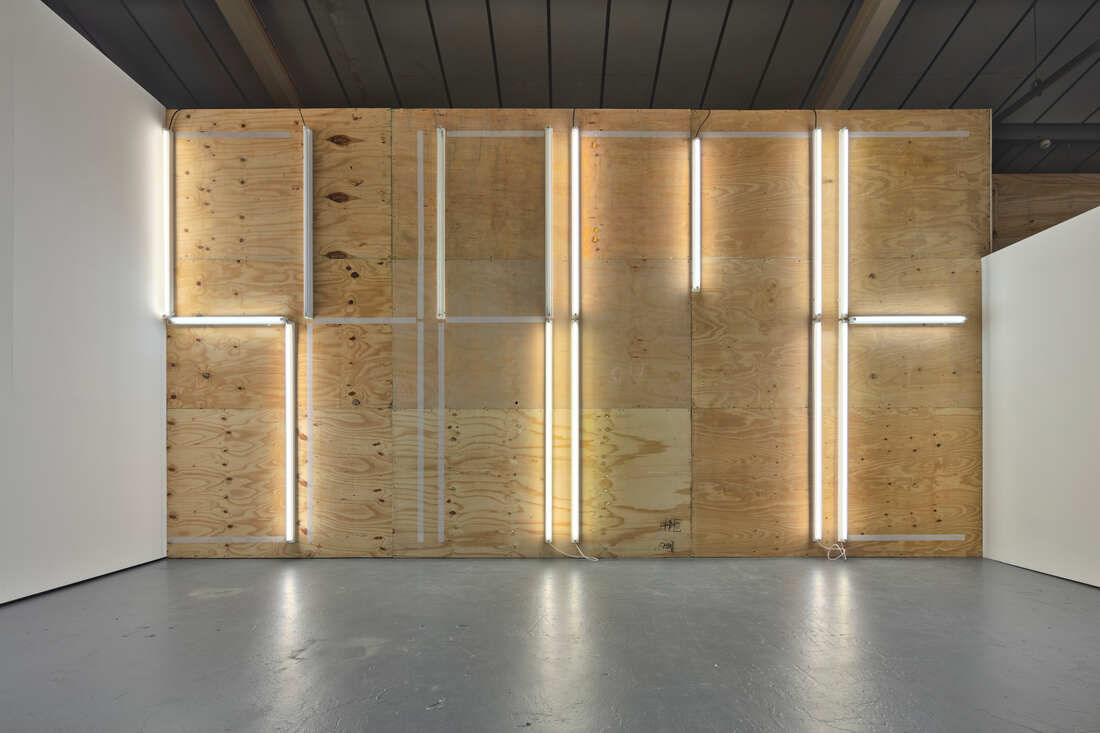 SHAME, UNITe Residency Exhibition, g39, Cardiff, 2019,  Constructed from all the lights in the gallery (working and not), wood and packing tape, 350 x 750 cm
Photograph by Max McClure
©Natasha MacVoy 2023